"Set in an alternate version of the 1930’s where magic has reentered the world, and the superpowers around the globe have changed. Jake Sullivan is a war vet, a private eye, and has the magical ability to alter the mass of anything nearby. Faye is a child of the Great Depression, and can teleport from place to place. Together, along with a cast of eclectic and incredible characters, they seek to thwart the worldly threats inside the US and from without…and also the impending doom from a place outside of their plane of existence. 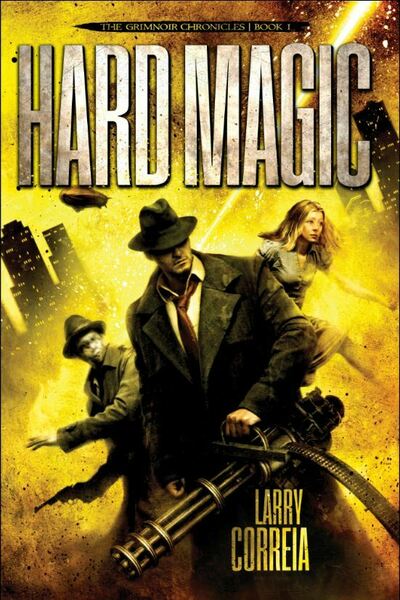 "No mortal has ever heard of the Book, and few in Heaven even believe it is real. Instead, they regard the stories of a bound volume older than time itself as something of a creation myth. But Mhara, the Emperor of Heaven, knows the Book is very real, very powerful, and very much missing. It has a mind of its own, and it appears to have wandered off—taking the secrets of the universe with it.

To find it, Mhara calls Detective Inspector Chen, a supernatural sleuth with previous experience in saving the universe. Chen has a lot on his plate at the moment: His wife is pregnant, his demonic partner is tracking the movement of an immortal horde, and he hasn’t had a vacation in years. But for the sake of the Emperor, he’ll do his best to return order to the cosmos. If he doesn’t, who will? The Iron Khan is the final volume of the Detective Inspector Chen Novels, which begin with Snake Agent and The Demon and the City." 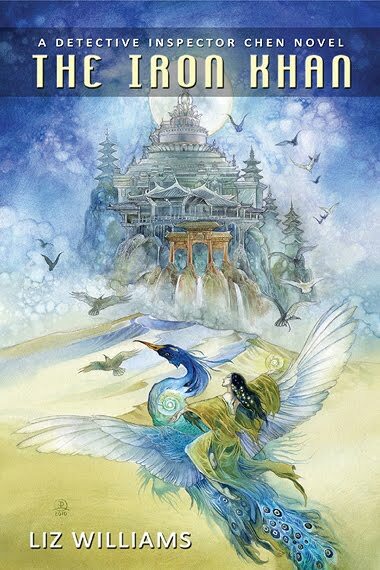 Together for the first time, fourteen action-packed tales of demons, monster, vampires, and cosmic horrors too terrible to name—and the men and women who take them all down. Oh, and toss in an interdimensional insurance salesman for good measure." 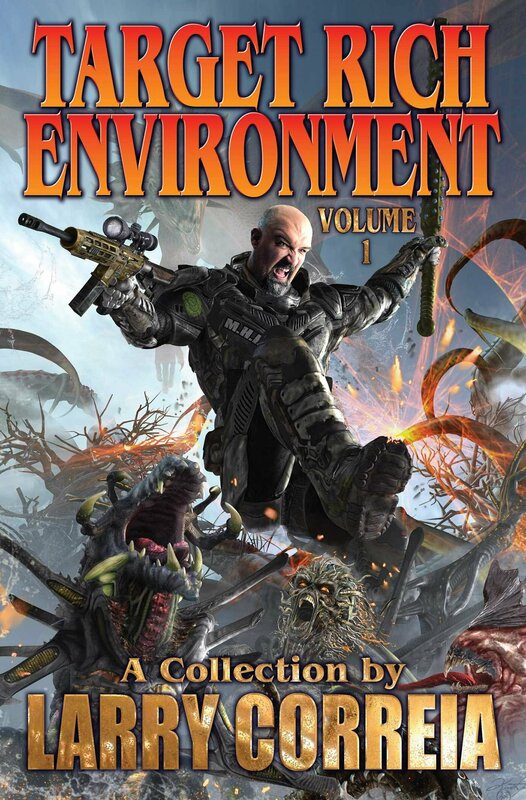 "It's like if Indiana Jones were a private eye and a werewolf and in some kind of Lovecraftian nightmare town. Seriously!"

"New York City; 1939. Jimmy Underhill had been the most respected private detective in Manhattan, but he gave it up to fight The Good Fight against fascism in Spain. Now he's back in New York wounded in body and spirit, and trying his best to forget. He's been hitting the bottle, chasing skirts, and taking on cases no reputable agency would ever touch; cases involving vampirism, demons, all manner of black magic and the occult. He even accepts an assignment from his strangest and most dangerous client ever: a beautiful Jewish vampire. He's tracking her enemies, and his, when one bite from a female werewolf changes everything.

Struggling to come to grips with the dark power of the beast growing within himself, Jimmy can't stop from seeing what those around him refuse to admit. From the loftiest penthouses to the darkest alleys, secret supernatural allies of the Nazis are at work in Manhattan, gathering powerful forces to feed the Beast ravaging Europe.

Only one man who is becoming far more, and far less, than human can stop them. Jimmy Underhill. Nazi fighter. Private eye. Werewolf."

"A mash-up of genres, it is a hard boiled detective novel in 1930s pulp-mode,and an occult thriller populated by werewolves male and female, sexy vampires, a reanimated mummy, an evil Tibetan monk, a Kabbalist sorcerer... the lurid list goes on"

"The mummy of a beautiful young girl from Shang Dynasty China is found in an ornate and astonishingly large underground tomb. Preliminary research shows that her cells contain reptilian DNA, and a Japanese research lab is asked to investigate further…

Working under the stern Dr. Li, molecular biologist Morishita Anri begins to probe the mysteries locked in the mummy’s genetic code, while experiencing strange hallucinations of being a young girl imprisoned in one of the infamous experimental facilities established in China by Japanese Unit 731 for biological warfare.

As Dr. Li hints at prehuman intelligences and huge caverns under the earth, Anri begins to wonder why uniformed soldiers of the PRC Liberation Army are present in the research center in Tokyo. Hallucinations and reality fuse as innocents begin to die in both realities…"